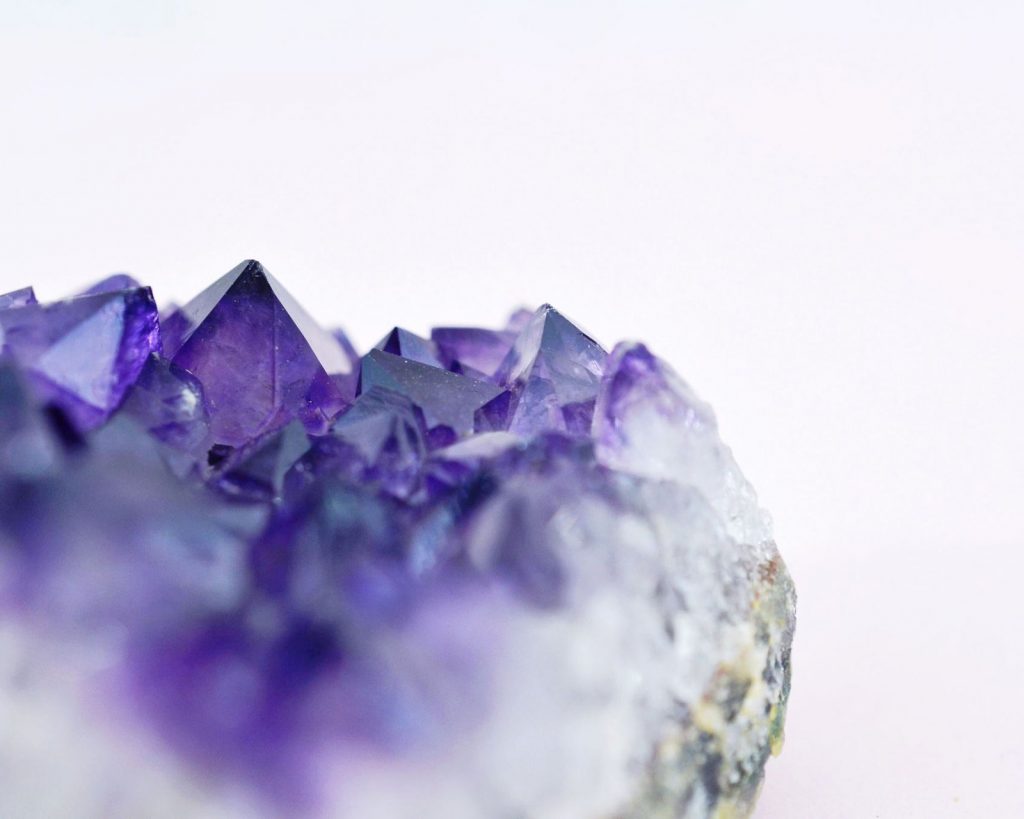 If you’re still young enough to remember your birthday, you probably also remember the special birthstone assigned to it. But at your age, we bet you don’t really know the SIGNIFICANCE of your birthstone and what power the ancients felt would be bestowed about you by wearing it.
February’s birthstone: Amethyst

Birthstone powers: Brings peace and calm to your life

Alternative Birthstone: Bloodstone
Amethyst is the birthstone for the month of February and the traditional anniversary gemstone for the sixth of marriage. Once considered more valuable than diamonds, this member of the quartz member occurs naturally as crystals within rocks. The stones are mined in Brazil, Uruguay, Sri Lanka, Madagascar, Zambia, Australia and in the mountains of Russia

American amethysts are mined in Maine, Pennsylvania, North Carolina, Montana and Colorado. Amethyst from Maine is usually dark with North Carolina amethyst having a bluish tint unique to that area. Amethyst can lighten if exposed to strong sunlight for a long time. When heated to 550-560 Centigrade, the color changes to dark yellow or reddish brown. (They are then called citrines. These are more richly colored and more expensive then natural citrines)

Ideally deep medium purple with rose-colored flashes, amethysts generally range in hue from pale lilac to nearly black purple. Since purple has always been the color of royalty, amethysts abound in the ornaments of in the British Crown Jewels and in the adornments of the ancient Greeks and Egyptians, as well. They have been found in ruins dating as far back as the ninth century, adorning royal jewelry, scepters, and crowns.

The intense violet hue of February’s birthstone appealed to early monarchs, perhaps because they often wore this color…as a symbol of their elevated position. Purple dye was once scarce and expensive, so it was reserved for the garments of royalty, and the color came to symbolize power and status.

Sobering Thoughts with Amethyst
The Greeks believed that whoever wore an amethyst or drank from an amethyst cup would not become intoxicated. In fact, the word amethyst is derived from the Greek word “amethystos,” meaning sober. In ancient Greece, the gemstone was associated with the god of wine, and it was common practice to serve this beverage from Amethyst goblets in the belief that this would prevent overindulgence. It was also claimed that amethyst had a sobering effect on those “drunk” on love’s passion. Even today, amethyst is considered a stabilizing force for those struggling to overcome addictive behaviors. In general, the gemstone is believed to be a calming, tranquil influence that symbolizes peace.

Amethyst and Prayer
Amethyst is symbolic of piety, spirituality, and a devotion to God. The rich purple gemstones are used worldwide to ornament churches and crosses used in religious ceremony, and they frequently found in the rings and on the rosaries worn by bishops and priests.

It is also believed that amethysts bring on pleasant dreams because they allow you to “channel” positive universal energy. As a result many people place an amethyst under their pillow before going to sleep at night to enjoy “sweet dreams” throughout the night.

About the Author – For more information on jewelry and gemstones, we cordially invite you to visit morninglightjewelry.com to pick up your FREE copy of “How To Buy Jewelry And Gemstones Without Being Ripped Off.” This concise, informative special report reveals almost everything you ever wanted to know about jewelry and gemstones, but were afraid to ask.