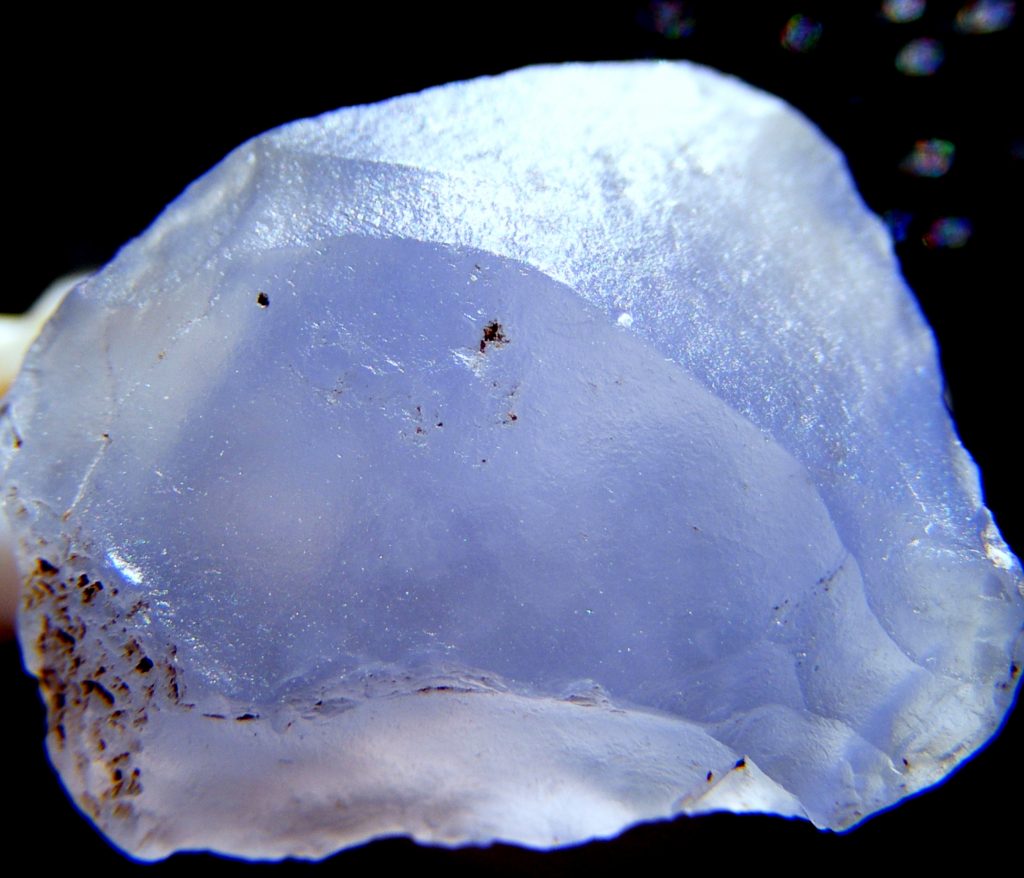 Ellensburg Blue Agate is only found near its namesake, Ellensburg Washington USA. First discovered by the Kittitas Indians who inhabited the area, and in 1913 offered this advice on finding the agates, one should “Walk with the sun over your left shoulder.”

What makes it unique and much sought after? The answers to this question can be summed up in several words. Scarcity, color range, variety, hardness and adaptability to a variety of settings.

The scarcity of the stone is such that finding even the smallest of pieces is considered a good day’s find. Most all of the land where “Ellensburg Blue” is found is private and inaccessible. 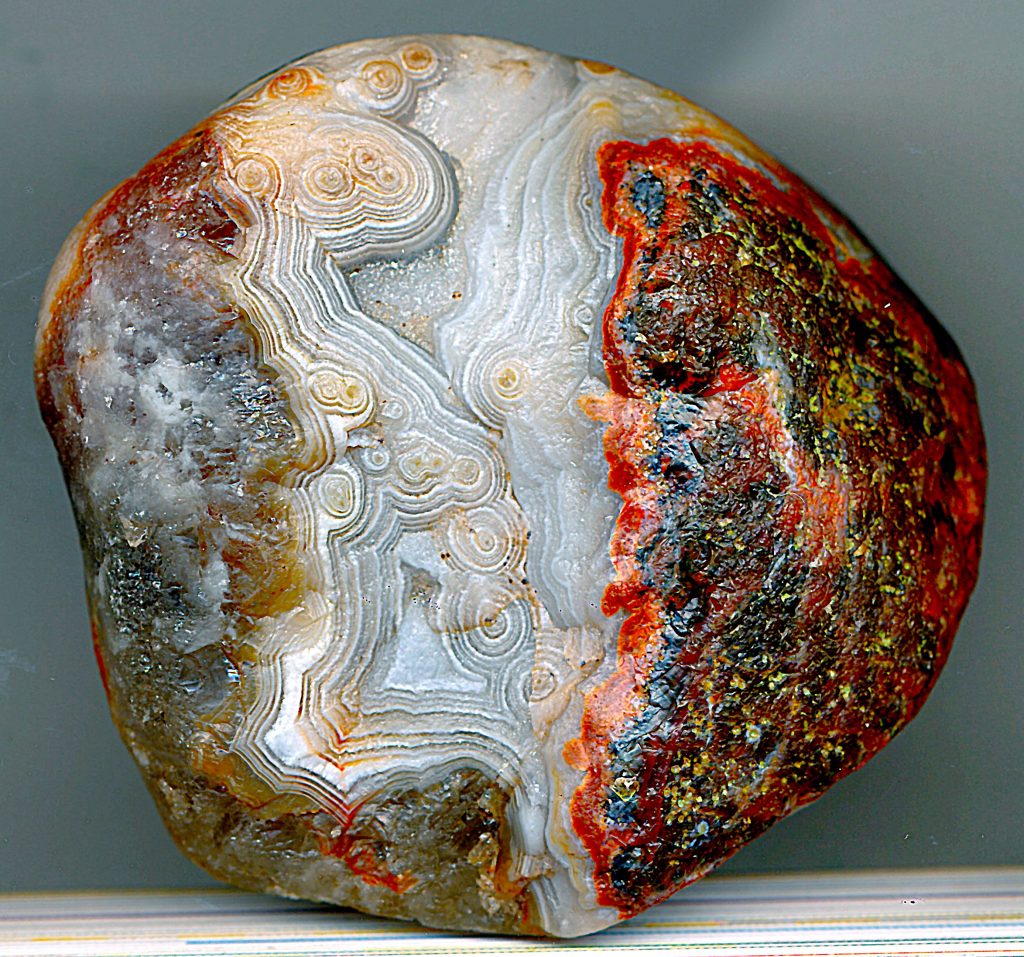 Thousands of rock lovers go to the Agate Capital of the World each summer to enjoy the commeradary of being with fellow rock hounds.

Moose Lake is home to the Largest Lake Superior Agate, weighing in at  108 pounds and can be seen in the lobby of the First National Bank of Moose Lake.

A Free Gem show is hosted at the local school with many Gem vendors from numerous States showing off their pride gems which feature Lake Superior Agates. 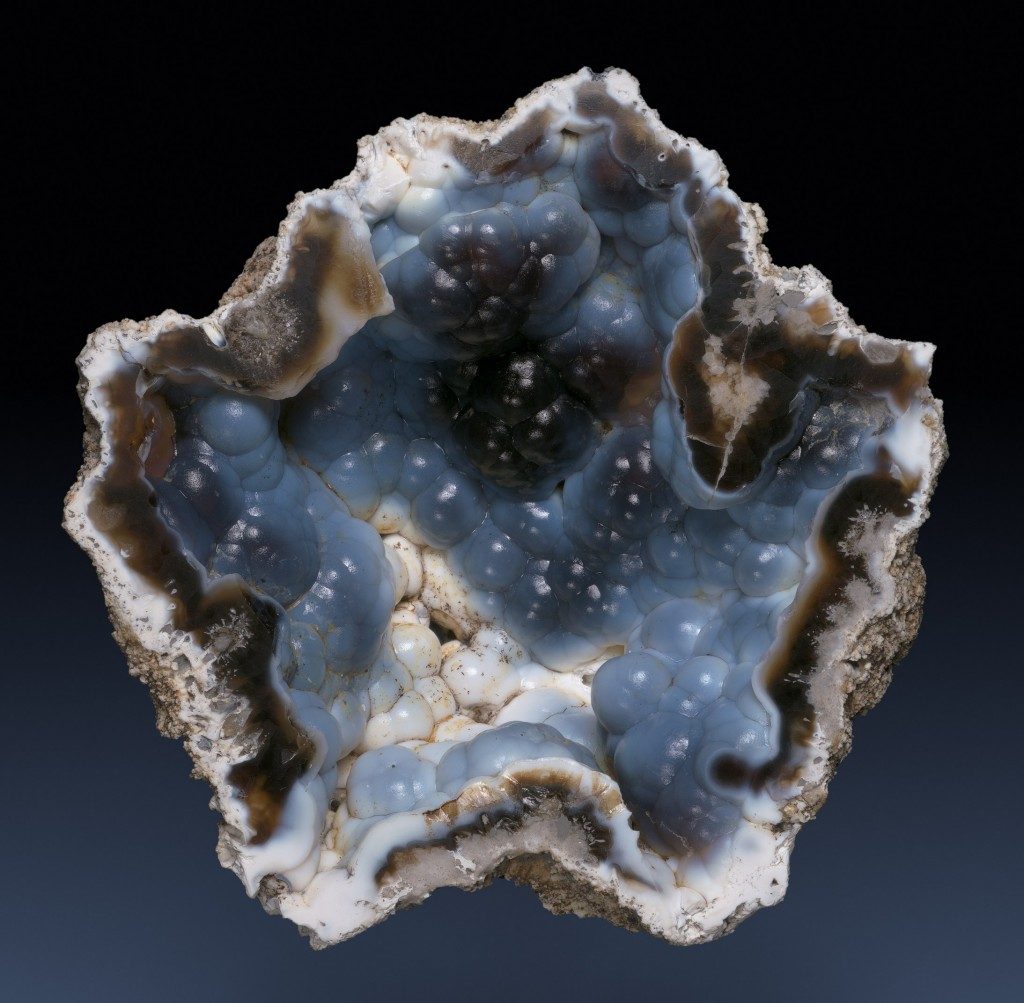 Chalcedony is a catch all term that includes many well known varieties of cryptocrystalline quartz gemstones. They are found in all 50 States, in many colors and color combinations, and in sedimentary, igneous, and metamorphic rocks. Chalcedony includes carnelian, sard, plasma, prase, bloodstone, onyx, sardonyx, chrysoprase, thundereggs, agate, flint, chert, jasper, petrified wood, and petrified dinosaur bone just to name a few of the better known varieties.

Because of its abundance, durability, and beauty, chalcedony was, except for sticks, animal skins, bones, plain rocks, and possibly obsidian, the earliest raw material used by humankind. The earliest recorded use of chalcedony was for projectile points, knives, tools, and containers such as cups and bowls. Early man made weapons and tools from many varieties of chalcedony including agate, agatized coral, flint, jasper, and petrified wood.

What is an agate? 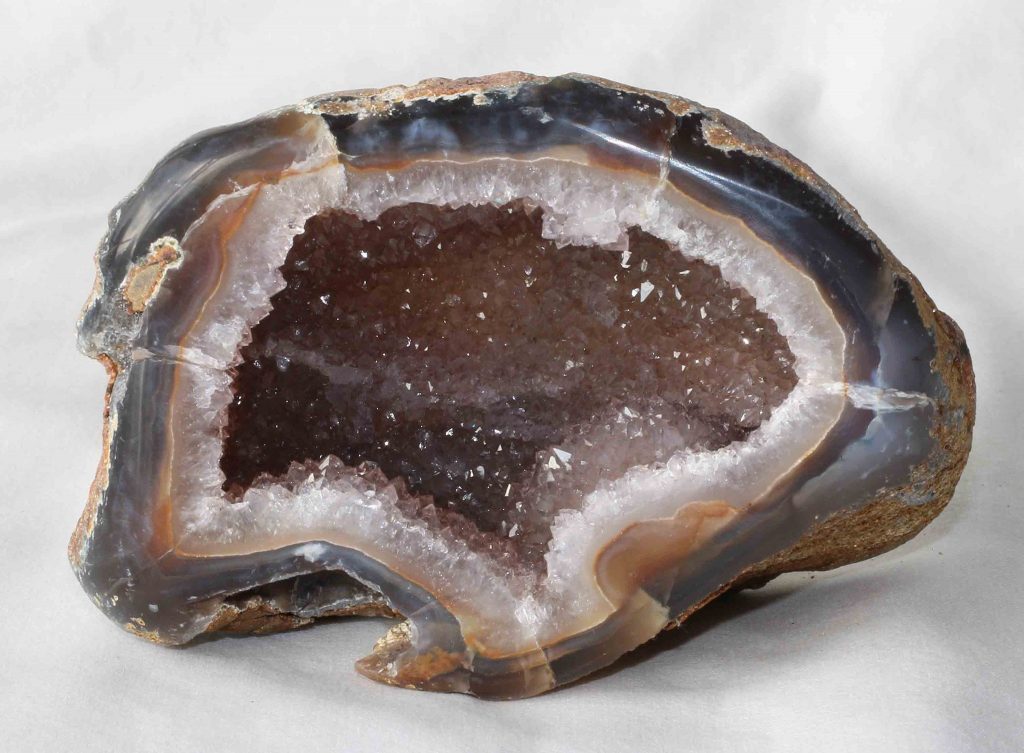 The name agate comes from the Sicilian river Achates, where it was mined in antiquity. Today the river is called Drillo, and remains a major source. It is a form of chalcedony . The ancient Egyptians used agate for seals and protective talismans. Earlier civilizations created eye beads by carving a hole through an agate disc, not so much as a means of stringing but to symbolize the lens of an eye. Eye beads protect from evil, and bring good luck. ART Precious & Collectible Jewelry

A variety of chalcedony quartz that is a very common and used often in jewelry. When chalcedony is variegated with with spots or figures, or arranged in differently colored layers, it is called agate; and if by reason of the thickness, color, and arrangement of the layers it is suitable for being carved into cameos, it is called onyx. It comes in a wide range of colors including black, gray, brown, red, green, pink, blue, white, and yellow.

Agate is a term applied not to a distinct mineral species, but to an aggregate of various forms of silica, chiefly chalcedony.

According to Theophrastus, the agate (achates) was named from the river Achates, now the Drillo, in Sicily, where the stone was first found.

Most agates occur as nodules in volcanic rocks or ancient lavas where they represent cavities originally produced by the disengagement of volatiles in the molten mass which were then filled, wholly or partially, by siliceous matter deposited in regular layers upon the walls. Such agates, when cut transversely, exhibit a succession of parallel lines, often of extreme tenuity, giving a banded appearance to the section. Such stones are known as banded agate, riband agate and striped agate.